****NEW Version of Typeface loaded inserting the typo mark for unknown letter on all platforms.*****

HERE
you can Download “Teilo” created from the handwriting of the person which is cited as the earliest evidence of written Welsh. 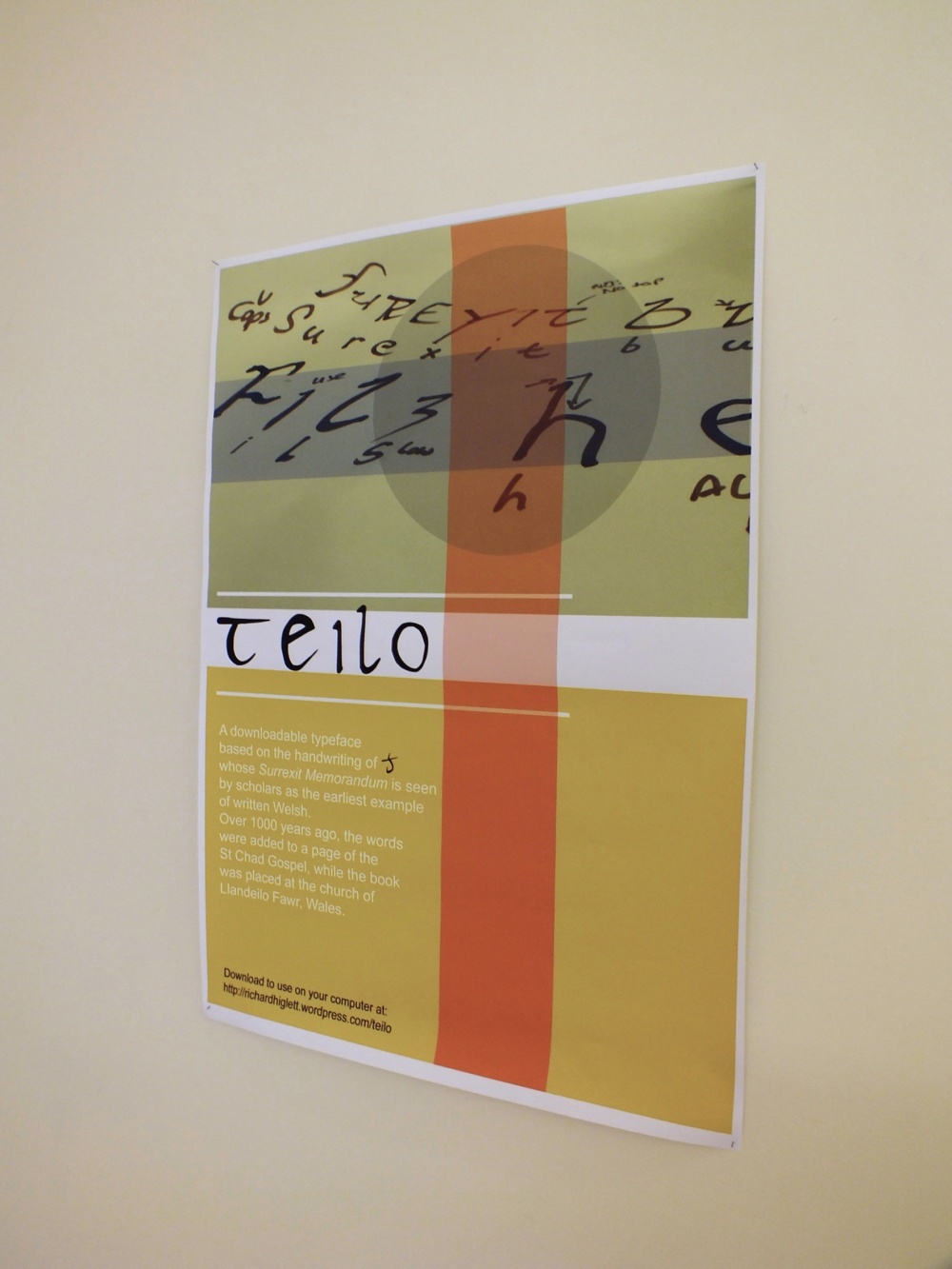 Named Teilo after Saint Teilo.
Saint Teilo, (Latin:Teliaus, Issell, Teillo in Breton, Teilou, Dub, and Theliau, Télo in French[1] and also Eliau or Eliud[2]) (c. 500 – 9 February c. 560) was a British Christian monk, bishop and founder of monasteries and churches from Penalun (Penally), near Tenby in Pembrokeshire, south Wales.
Reputed to be a cousin, friend and disciple of Saint David, he was bishop of Llandaff and founder of the first church at Llandaff Cathedral, where his tomb is, and he also founded Llandeilo Fawr, as well as Penally Abbey in his place of birth.

This typeface is a recreation of letters from an inscription found in the Saint Chad Gospel which resides in Lichfield Cathedral in England. Around 730 AD the book appeared after apparently going missing from Lichfield, in Llandeilo Fawr, a large centre for Christianity in West Wales. I use the word ‘apparently’ as the suggested date for writing the manuscript is around 710AD on Lindisfarne, in the North East of England, while the gospels had an inscription added in the early 11th Century acknowledging the presence of the book belonging to Lichfield. One theory is the book was taken from Lichfield in the early 8th century to protect it from Viking attacks and St. David’s in West Wales may have been its destination. Records are vague and my personal observation is there is no evidence to suggest the St Chad Gospels were for Lichfield in the first instance. St Davids, Llandeilo and Lichfield were all major Christian centres at the time.
In Llandeilo, the book was used practically to record resolutions on disagreements between local town’s folk by the priest at the church. These events were documented directly on the page in the spaces between the Gospel texts. During this period the book was resident on the altar. One text, known as the ‘Surrexit Memorandum’ text is believed to be the first documented evidence of written Welsh and letters of this passage from the Teilo Typeface. Known by scholars as ‘Old Welsh’ it is a hybrid of Latin and Welsh words. The range of letters is a simpler version of how written welsh exists today. It was a period when the Latin alphabet was used to approximate the sounds of welsh words. Some letters did not exist. For letters such as Z, the key on the download will be blank keys or an error mark which is a copy of an error mark in the original passage as letters such as z, ll, dd, ff, v (u and v were inter-chargeable) for example do not exist yet. These gaps and errors are to encourage discovery while the signature of the known writer is included as the ‘@’ symbol, a contemporary nod to social media and the current place of the written word. The error can be located on the question mark key while there is a hidden horse symbol which refers to the story that the book was found by a local warlord, Gelli and given to Llandeilo Fawr in exchange for a strong horse. The key that the horse is hidden behind references a current form of transaction…
The current ‘final’ version does not have spaces between the letters so gaps can be created using the space bar.
The typeface was created for http://www.colmcillespiral.net/the-book/ an exhibition in 3 places. First in November at Llandeilo Fawr Church in West Wales and Lichfield Cathedral in England and in December 2013 in Londonderry Derry, Northern Ireland.
Universal Teilo Keyboard link to pdf to view letters
Examples of Typeface:
Thousand Year Fiction No. 3 and No. 11 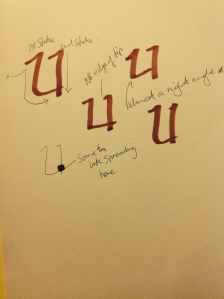 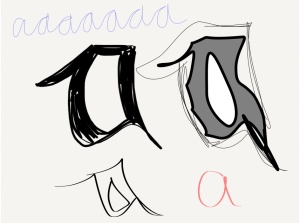 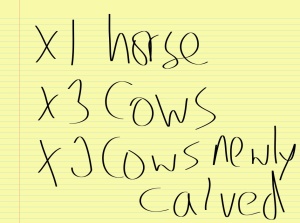