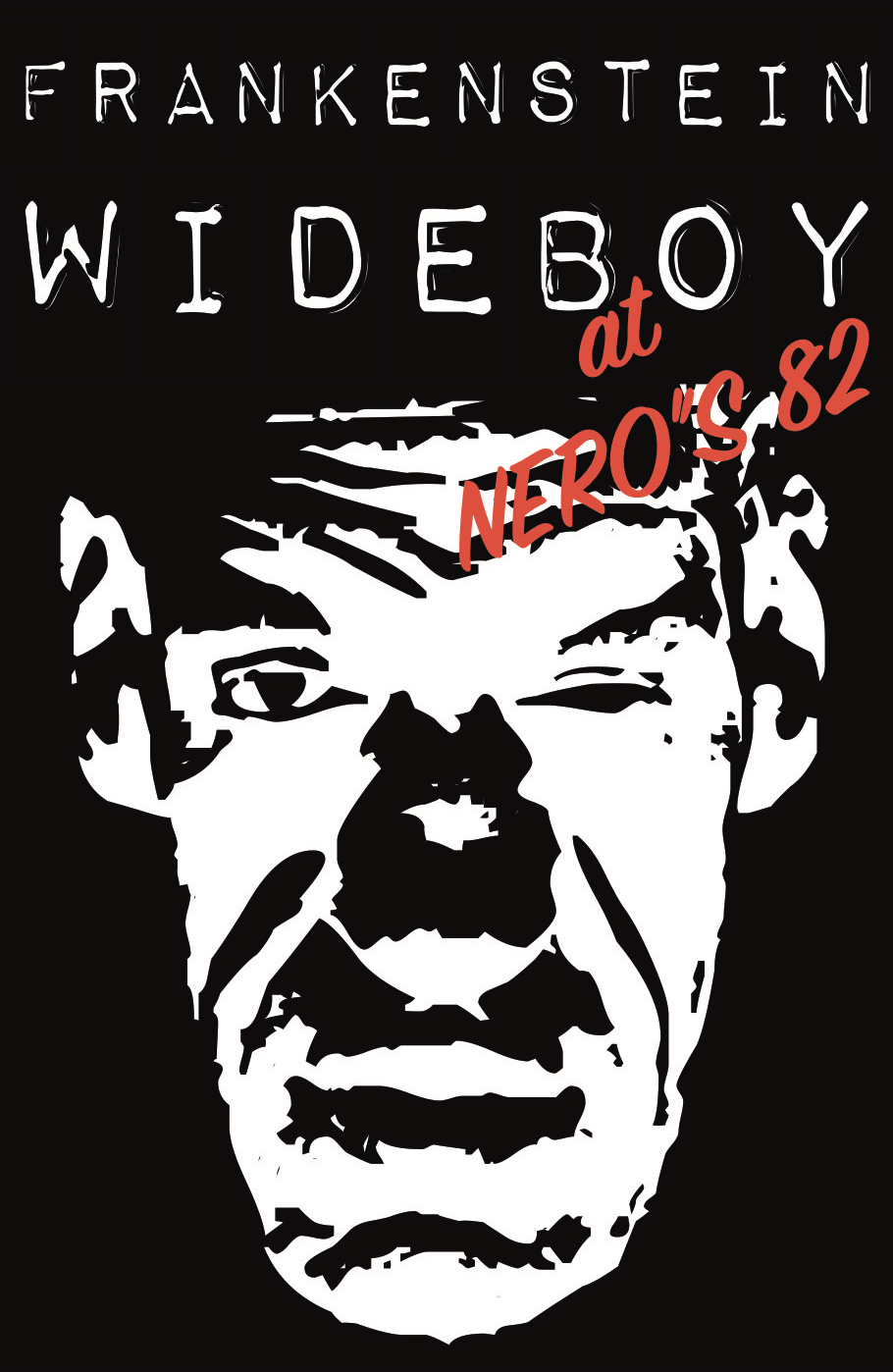 Commissioned from TactileBOSCH’s Under The Counter Culture performance festival in Cardiff November 2019, Frankenstein Wideboy was a project around a fictional Goth band, an installation and mechandise created from anecdotes from Cardiff Goth who attended clubs in early 80’s Cardiff such as Neros and the Mars Bar. Starlings Planet became Frankenstein Wideboy and perform a one off set of 12 songs using lyrics created from memories from 80’s Goths. The set was performed at The Moon, Womanby Street, Cardiff on 17/11/19 with t-shirts available. Studio recordings of the songs will be available in 2020 to download. An installation was created which serviced as a ‘prop’ nightclub with black walls, gig posters and flyers and a symbolic ‘lager lamp’ on a plinth which projected a pool of orange light on the ceiling through a glass of ‘snake bite (50% cider + 50% lager beer). The carpet was infused with snake bite. Starlings Planet performed in the space in October 2019 to launch the Frankenstein Wideboy project. 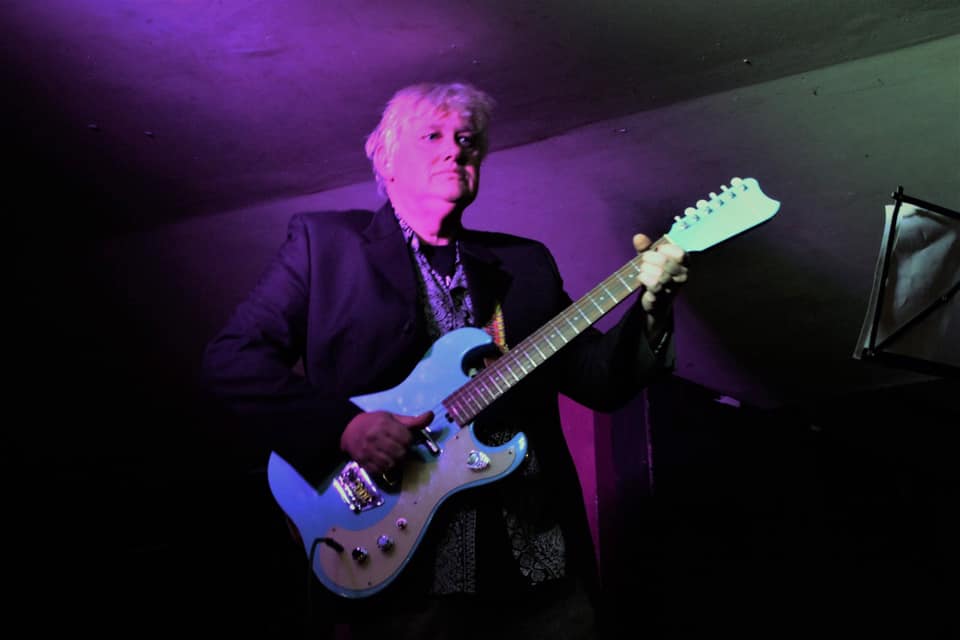 as Frankenstein Wideboy at The Moon, Cardiff.