Richard Higlett is an inter-disciplinary artist, curator, musician and occasional joke writer based in Cardiff, Wales, UK. He works equally in a gallery setting or in the public environments, on works and projects that he describes as acts of folly.

Examples of previous work are the creation of a dog choir, a series of fiddle jigs inspired by water flow, a digital typeface from eighth century Welsh handwriting, a minimalist sculpture using 10,000 pennies, a zebra crossing designed for cats and a 10 metre mirrored bill board hidden in a forest.

His practice is dependent on humour and chance and he rarely exhibits the same work twice. This makes him difficult to define or catalog as an artist as his methodology and ideas are what he describes as his intangible medium and he is not known for a signature type of work. 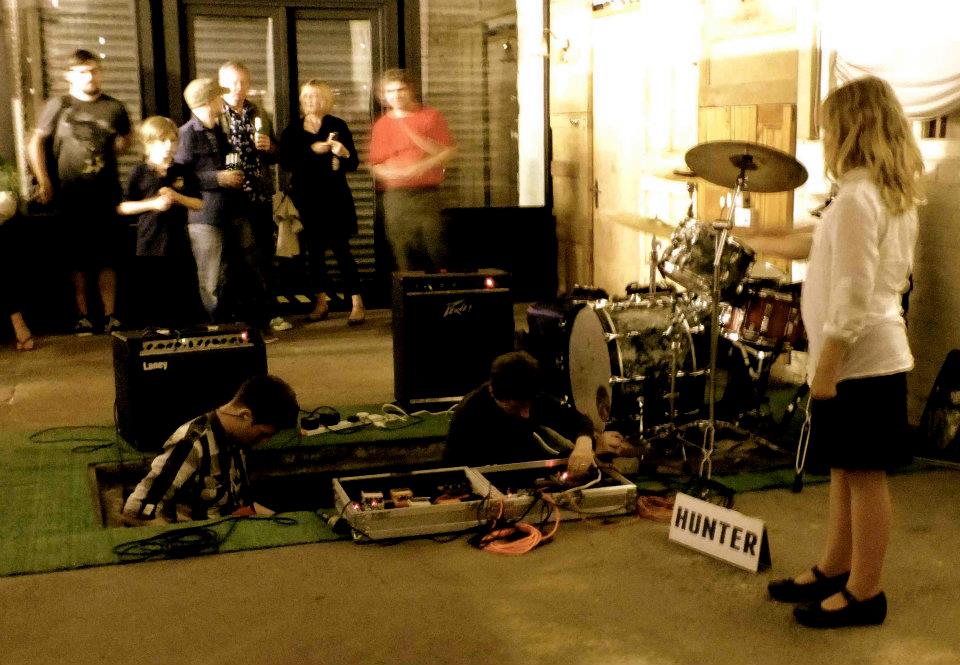 As a curator, he was one half of Mermaid and Monster an agency which represented Contemporary Welsh artists in the late noughties. In twenty-ten, he founded Goat Major Projects an artist-led project space in Cardiff which hosted a number of off-site projects and events. He also presents mobile sound art/bands/poets via a speaker system mounted on a car roof.

Richard Higlett also exhibits under the names, RE: Higlett, Wally French and Manyfesto. He is a member of the Ironirock Art Pop duo Starlings Planet, his stage name is Elton Braces.

This wordpress should be viewed as an open Notebook, the blog postings on the first page show work in progress, completed and uncompleted projects, exhibition and installations.

For links to other websites/ works/ projects visit the ‘websites’ pages

Richard Higlett is an artist who works across a range of media and as part of this artistic practice he also curates. He works equally with galleries and in the public realm. Previously he has presented installations, sound projects, public interventions and podcasts along with paintings, sculpture and film works. He has shown work throughout the UK and internationally in Nantes, Montreal, Bruno, New York and Venice, Italy.

In 2009, he was acting Project Manager for Wales at the Venice Biennale and subsequent exhibition tour.

In 2011, he co-founded Goat Major Projects, a flexible project space in Cardiff.

In 2012, he was the first Glynn Vivian Gallery Artist in Residence, exhibited as part of Soundworks, ICA, London and presented a series of public interventions as part of UNSEEN: Experimentica at Chapter, Cardiff.

In 2017 he was AIR at Millefleuilles, Nantes, France.

In 2018 he joined Starlings Planet

He is an invited artist member of the Contemporary Art Society, London.